Governments and offices responsible for elections don’t necessarily have the best systems for allowing voters to quickly and easily find out who is running in upcoming elections.

Building the database, making sure that all the candidates’ information is included, updated and accessible is quite the feat.

Springtide was tasked by the Nova Scotia Department of Municipal Affairs to solve this problem in the 2016 municipal elections. Their goal was to make it as easy as possible for voters to find out who would be on their ballot.

the gap between Nova Scotians and democratic institutions and imagining ways of doing politics differently...through education, research and public engagement.

To counter this, Springtide developed the “Local Decisions” project with Municipal Affairs to increase voter engagement for the 2016 municipal elections. The project was two-fold, delivering on- and offline campaign schools for potential candidates and helping voters make up their minds who to vote for.

While Springtide helped keep voters up-to-date on the latest goings-on in the municipal election they also took on the onerous task of building their own database of candidates. There were over 400 municipalities so the legwork to collect the data was huge!

Meanwhile, our development team worked to build a tool that helped guide voters to the data relevant to them rather than getting lost in rows and rows of contact information.

With help from the OpenNorth.ca Represent API, we used geocoding to identify users’ addresses and match them to their electoral district. With the electoral district in hand, our tool pulled from the database of candidates and let the user know their options. The voter was presented with information on the candidates, including their website, Facebook and Twitter pages or other contact details as was available.

Matching addresses to local community chapters, organizations, districts or ridings isn’t as easy as one might think.

Give us a call and we can talk about how to conquer any roadblocks you might hit along the way. 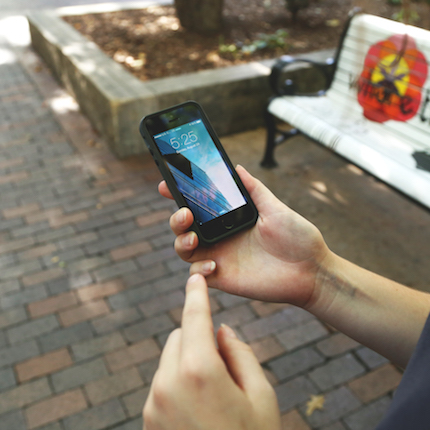