Did you know that the animal cruelty sections of Canada’s Criminal Code were written in 1892 and haven’t been “meaningfully updated” since 1954? You and I may not know this but IFAW wanted MPs in the Canadian Parliament to know a change was needed.

When building their plan of action to bring the issue before Canadians and parliament, IFAW approached Campaign Gears to discuss what new ways they could connect voters with their elected representatives.

Online activism in Canada has been centred on petitions, email, and social media, so much so that the tactics have become the norm of any digital campaign.

In the US, for many years, “one click calling” has been integrated into many online asks (this is our favourite US example) It’s hard to talk to a real, live, “human” parliamentarian on the phone, but calling one’s elected official has a much bigger impact that Tweeting them.

One click calling isn’t the norm in Canada yet, but the International Fund for Animal Welfare has a strong, active supporter base and they knew that their most active voices would be ready to make the call and it worked!

Taking a few minutes to make a phone call is a hard ask for organizations to make of their supporters. Though supporters may agree with the cause, they probably aren’t eager to actually pick up the phone and dial the number. This is where the Contact Your Legislator app comes in.

For supporters of a cause, our app takes the first step out of the process. Users don’t have to set aside time, find the phone number, dial a number, and hope they have the Bill number and issue memorized. Though it might seem like a small step being removed, the Contact Your Legislator app makes this process that much easier.

When users enter their phone number and address, our system matches them to their elected legislator and immediately calls their phone. No fretting, no searching for the correct member of parliament, no looking for talking points.

In this case, users heard a recorded “thank you for joining us” message from IFAW, the app gave them listed talking points on the screen to refer to, and their call was patched through to their parliamentarian.

After the call was completed the user ranked how the call went and gave any feedback they had to IFAW.

IFAW was able to track the number of minutes each call lasted if users decided not to make the call, and get instantaneous feedback on how the call went.

Talk about engagement, at some local offices users directly spoke to their MP!

So far over 7% of supporters interacting with the app have made meaningful calls to their MP. Think about that. 7% of IFAW supporters, in 320 out of 338 federal ridings, had an open conversation about animal cruelty law with the actors who make our laws. When thinking about your ladder of engagement, besides making an in-person action or donation, this is one of the most effective actions that can be taken.

Talking on the phone to a person of power is a huge ask to make of supporters — but it may be the most rewarding ask that could be made. 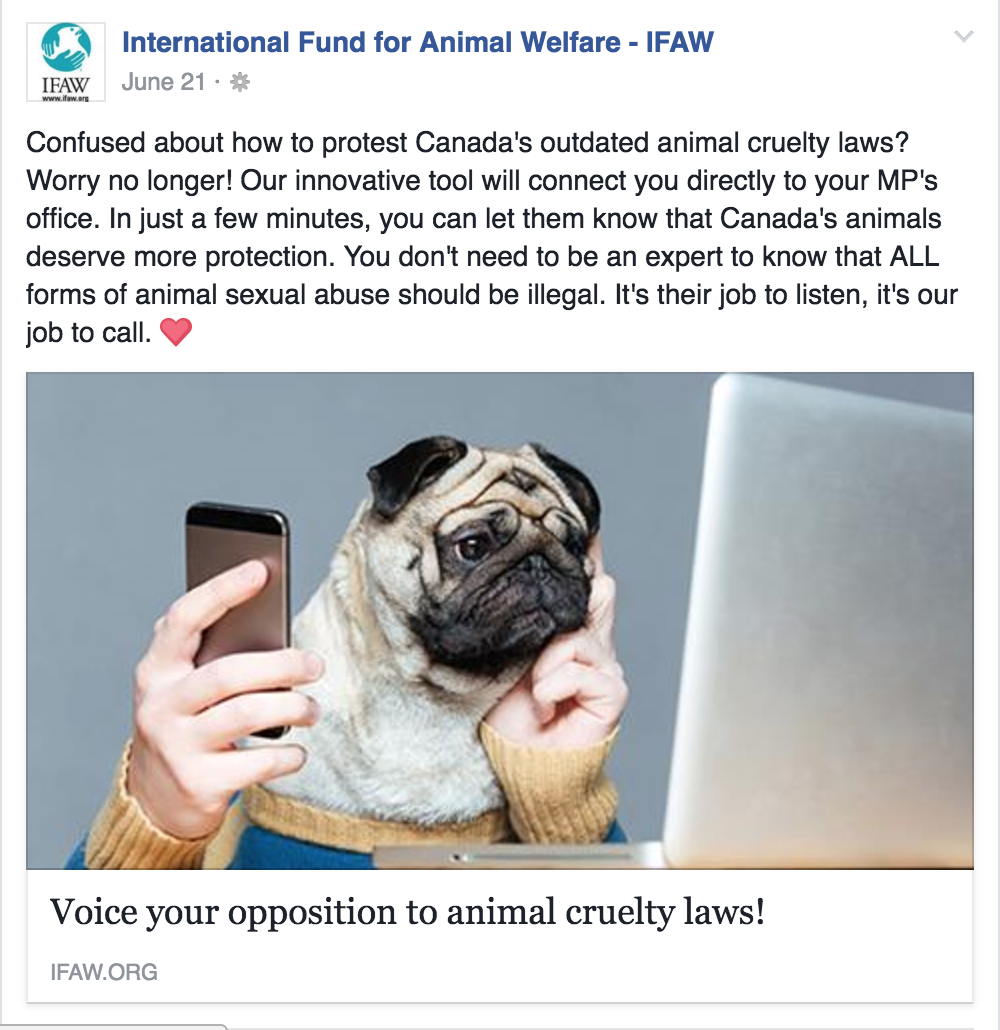 Telling parliamentarians what is important to voters is our duty as citizens; acting on behalf of constituents is the duty of our Members of Parliament.

It can be daunting, but with the correct engagement and compelling stories about the issue at hand it may be the perfect fit for your most committed supporters.

Today we work closely with New/Mode to provide our clients the most up-to-date click-to-call apps. Learn more here. 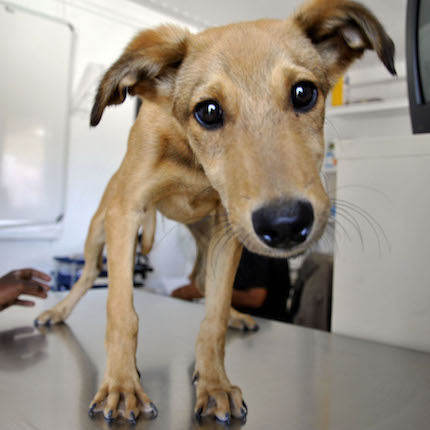