E-Petitions in the House of Commons?!

Did you know that e-petitions can now be delivered to the Government of Canada?

This may end up being quite a game-changer for democracy and political participation. It left us wondering if it will change the ways progressive organizations and unions do advocacy. In particular, what will groups lose and gain by starting an official e-petition?

Hopefully, we can clear things up a bit.

Upgrading from pen and paper

Under the new system, signatories on petitions can declare their support online, they don’t need to send in a handwritten copy of the petition. The e-petition process works a little differently than the old system. In order to be tabled in the House of Commons, e-petitions need 500 signatures and are sponsored by an MP (unlike the standard 25 signatures). With 500 signatures in 120 days, the government is “obliged to provide a written response, posted online, within 45 days.”

When the UK brought in a similar online system their government received about 53,000 petitions, admitting 28,500 and only 25 were debated. So there is an expected upswing in Canada as well, but as of October 11, there are only 75. Joke petitions are unlikely to get through and bog down the system, because petitioners need five supporters to even get it online and will need an MP to sponsor the petition. Further, there are some pretty stringent rules on language and appropriateness.

Some pros and cons need to be weighed when deciding if this is the system for digital advocacy.

For the average citizen, government e-petitions are easy to navigate, easy to share, convenient, and a productive way to engage in federal politics.

Engagement in Canadian politics is waning, so the ease with which e-petitions allow one to organize and rally around a particular cause is really exciting to see. Parliament’s move to the digital world will be an interesting case of civic participation.

Other online petition platforms (such as Change.org, NationBuilder, or Care2) have previously served this purpose for many local activists. Their large datasets and communication tools allow activists to raise awareness about issues they care about as well as gain media attention and political support.

Unfortunately, those third-party petitions sites cannot be formally tabled in the House of Commons and this hasn’t changed with the e-petition rules.

The Government’s new e-petitions system demands that elected officials pay attention to causes mobilized online. It’s a game-changer in that regard.

Data concerns and the data losses

It’s likely that at the next political event you attend there will still be dozens of paper petitions working their way around the room. Third party online petition sites won’t be going anywhere quickly either.

There are a couple of reasons for that:

So should your next petition be an e-petition?

Options must be weighed in each advocacy scenario about how useful an e-petition will be to your cause. The 250 signature threshold isn’t really a barrier as it’s an easy goal to meet using social media and email outreach to your core supporters. If you’re setting up a full-scale campaign, with various other advocacy tactics, it might be the perfect fit for engaging with parliamentarians.

If the issue isn’t federal, then this new system won’t be of much help.

If you are lobbying the federal government to change its stance then there are some important organizing question to explore:

Thinking through each of these questions will help you determine if your campaign is part of a bigger project that will continue long into the future or if it’s just a one-off lobbying effort. Official e-petitions are an easy way to reach our parliamentarians and bring issues forward in the House of Commons. However, there might be other tactics that will be more productive for larger projects.

If you’re running a campaign that lobbies the government, local politician, or the private sector, let’s talk about the tools you might consider using — get in touch. 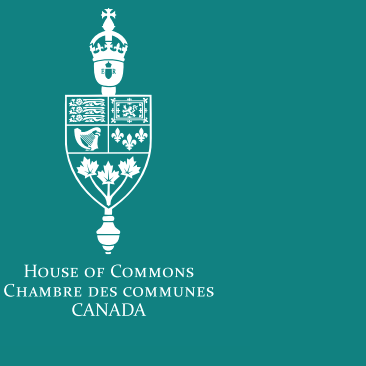