In the last post, I wrote that it doesn’t matter what medium the Ladder of Engagement occurs on; rather it matters to meet people where they are. By slowly giving supporters more responsibility they will eventually become leaders within the organization and will recruit more supporters into the cause.

But when it comes to the medium of online organizing, how do you meet millions of people ‘where they are’?

On social media, we are constantly interacting with potential supporters, new supporters, and long-time supporters. How do we use social media as an opportunity to climb the Digital Ladder of Engagement?

Fishing! If you’re an avid fisherperson, which I’m not, you may be familiar with the terms: chum, bait, and hook. These stages of luring fish, or in this case supporters, to your cause are another way to think of offering up the Ladder of Engagement rungs to digital supporters.

Key to this approach is remembering that not all content should be an ask! The online persona of your organization is important. You want your audience to enjoy your content, interact with it, engage with your team, share your content and finally get involved.

You need to give your audience the opportunity to take part in ways they are comfortable.

Breaking down these levels — chum, bait, and hook  — a little further, you can see that they are easy to integrate into your social media schedule.

Chum can be thought of as interesting hyperlink-free content. It’s the lure that brings your supporters into your campaign or organization.

Think cute cats, funny dogs, compelling infographics, unique videos. If this kind of post is relevant to your cause, it can bring in those who may not already be involved in your organization because it’s an easy point of entry. It also serves as a conversation starter for those who are interested in learning more.

Tom Mulcair, not particularly known for his social media prowess, had a great April 1st chum post on Twitter in 2016. A picture of himself shaving his beard captioned with “YOLO” got quite a bit of play, for Canadian standards, that day. It showed his playful side and allowed supporters to interact with him in a more personal way, reminding them that he is still a political contender to watch.

Bait is the second level of the ladder that works to identify your supporters. This is content that has a simple task or call to action that will bring your supporters’ names, and potentially contact information, into your database.

You’ve probably taken these actions yourself on social media. Retweeting because you agree, sharing a video on Facebook, adding your name to a petition, signing “birthday cards.”

A fantastic example of bait in Hillary Clinton’s presidential campaign was asking supporters to “Trump Yourself.” Users linked their Facebook profile pictures into the app and had insults added to their image. They had to enter their email address to participate and were encouraged to share the hilarious results. The site trended on both Facebook and Twitter and the campaign immediately responded to new signups via email, thanking them and prompting them to continue to get engaged in the campaign. Name, email, and social media profile identified.

These are simple actions that can be taken immediately and they have a huge benefit for your campaign. Knowing who your supporters are and what kind of action or topic inspired them to act can be used in future communications.

Hook is the highest rung on the social media ladder. This is a post that offers an action that requires more commitment than just signing on. It helps to identify those who may become potential volunteers, community leaders or major funders.

This action requires more than just getting supporters to self-identify, it asks them to show up, whether to a rally or meeting or make a financial donation.

Supporters have to take time out of their schedule to participate in these kinds of actions. They are your most keen supporters and should be followed up with in a more personal way, either giving them a call to ensure they are coming to the event or thanking them for their generous contribution.

A successful event, mainly because of the huge partnerships that organized it, was the Jobs, Justice and Climate march in 2015. Facebook and Twitter posts inviting folks to march came from multiple sources, linking to an RSVP sign-up page by the organizers. A video share that hooked supporters and brought them to the sign-up page for the event is an excellent example of a hook. 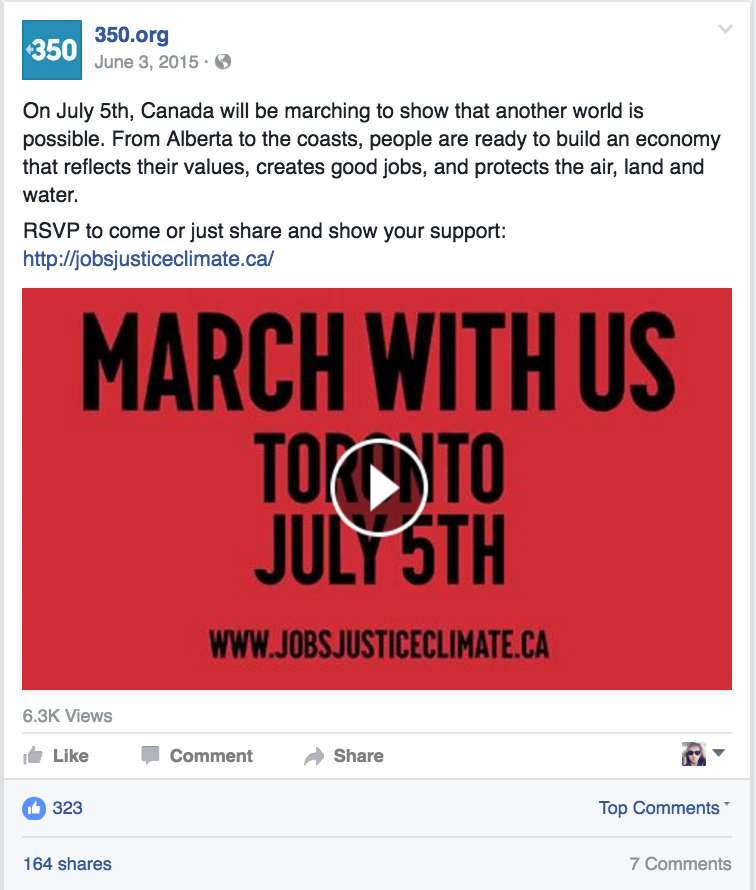 Remember, your audiences aren’t all on the same rung of the ladder and they aren’t going to see every post that you’ve created. So keep your posts diverse, learn from what works best and try new things.

Talking social media strategy and tactics to build your supporter base is our specialty. Let’s talk about how we can do that together. 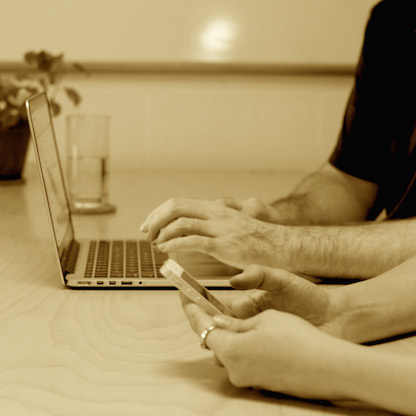