Look in the Mirror

We were halfway through our video production of “Look in the mirror, Jim!” when Alberta’s then Premier, Jim Prentice, made a major blunder. In a televised press conference, Prentice said  that when it comes to taking responsibility for the serious budget shortfalls faced by the province, all Albertans would have to  “look in the mirror.”

Albertans didn’t take kindly to this kind of finger-pointing. Prentice and the rest of his Tory party, then in power for 44 consecutive years, weren’t taking any of the blame for what was a clear government mismanagement of revenue. Average citizens were being blamed the for having “the best of everything and not [having] had to pay for what it costs” and they were mad as hell.

Call it serendipity, call it coincidence, call it an opportunity of a lifetime for the Alberta Federation of Labour — they took notice! While planning a viral video is nearly impossible, the ALF already had the content that would best capture and give voice to the frustration of Albertans at that very moment.

With his “look in the mirror” comment, Jim Prentice had literally quoted a portion of our AFL video script. Those words and that imagery would become a symbol for the anger that was sweeping the province.

The AFL challenged us to reschedule the deliverables for the Better Way Alberta campaign and asked us to put video production into hyper-drive. The video had to go online ASAP, and we obliged.

Being flexible and quickly adapting to changing political sentiment can be hard when your staff is consumed with their daily grind. However, working collaboratively and under the direction of the AFL’s savvy team, Campaign Gears was able to adapt to the new urgency brought to the campaign and deliver earned media that resonated deeply with Albertans.

The AFL Better Way Alberta campaign’s goal was to rally Albertans behind three simple principles: increase taxes on corporate profits, introduce a progressive income tax and change the royalty system. There was a belief that Alberta would reject the austerity-mongering of the Tories and that it was ready for a government that would ensure there was enough revenue to pay for strong public services.

The video served to educate Alberta about these principles and fueled the fire in the bellies of those disappointed with their leadership.

The video garnered over 370,000 views on YouTube and was shared widely on social media networks — more importantly, it was a vehicle for Albertans to express frustration about  being blamed for decades of government mismanagement. The video caused a media stir beyond anything the AFL could have hoped for, raised awareness of their Better Way Alberta campaign, and played a part in ushering the first NDP government in the province’s history

Juggling the many pieces of a campaign — from media, websites, social media, and organizing — can be tough. But when the political opportunity came knocking in Alberta, Campaign Gears helped the AFL mobilize around key talking points and the hashtag: #PrenticeBlamesAlbertans. Our team managed to release the video only four days after the Prentice scandal, completing all aspects of the video while staying on budget.

If you want more information about video production and how to build a message across all platforms get in touch. 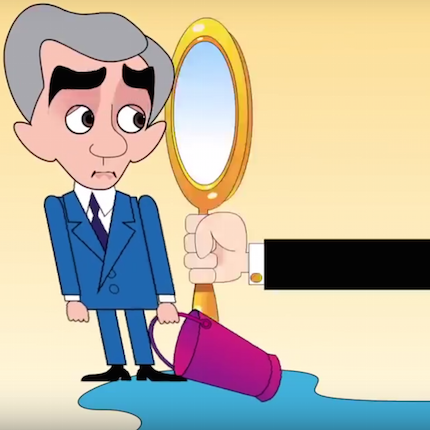