No Tax On Tampons

In January 2015, a small, grassroots group of feminists launched the #NoTaxOnTampons campaign. Headed by Jill Piebiak, they launched a Change.org petition and social media campaign.

The call to action went beyond social sharing and signing an online petition. The campaigners insisted that Canadian Menstruators and their allies print, sign and send in paper petitions — giving their activism legitimacy in Parliament.

This was not the first campaign calling to remove the discriminatory GST on menstruation products, but it was the most widely talked about. The campaign quickly went viral and was covered in every major and local news source in the country.

The Campaign Gears team produced an educational video calling supporters to send in paper petitions. Suzanne Gallant headed up the project with the comedy duo, The Crimson Wave. Campaign Gears not only saw the production from start to finish, we supported social media ad buys and built a NationBuilder site as a nexus for the campaign that was otherwise focused on social media and third-party platforms.

Two key takeaways from the #NoTaxOnTampons campaign are urgency and branding.

Again, this wasn’t the first campaign calling to remove GST on menstruation products, but it was the successful one.

Piebiak framed the campaign as the last chance to change the law. The Prime Minister was heading into an election, conservative governments love to lower taxes and this one didn’t show much respect for women of the country. But Harper’s Conservatives’ couldn’t be seen as pro-tax and anti-woman going into the 2015 federal election.

Further, the Private Members’ Bill calling for the removal of the tax would die the day the election writ was dropped. That meant, if the campaign was unsuccessful the Canadian Menstruators would have to start from scratch — so a deadline (April 27, 2015) was set, promoted and met.

Under our advice, the team did not talk about the environment, taxation, provincial sales tax or toilet paper. Now perhaps that isn’t the most catchy brand but it was played up, punned up, and the team refused to let dissent take the campaign off message.

Many campaigns get bogged down in the wider politics and issues at hand, watering down the message. With a consistent message all platforms, from social media, op-eds, media interviews, the video, to the petition itself — the team never went off script and didn’t comment on any other issues. 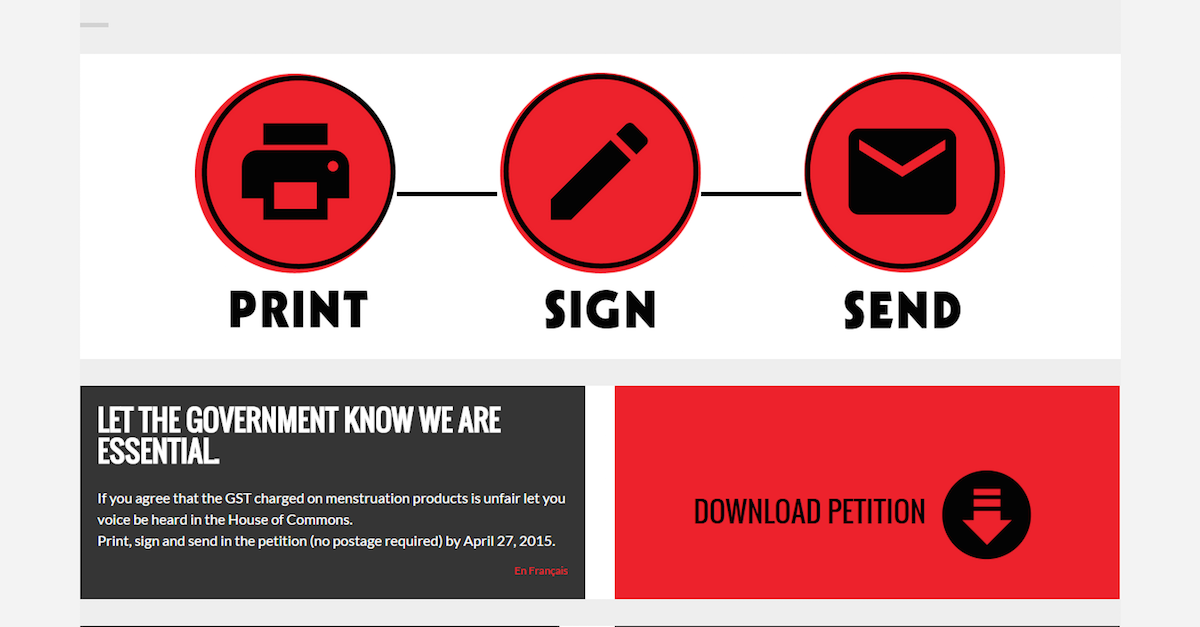 This campaign made us stronger as a team and reassured that our focus on brand and timing was reinforced. 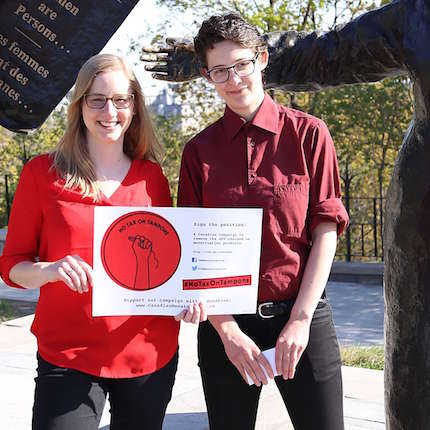