In Spring 2016, Saskatchewan was heading into a provincial election with Saskatchewan Party leader and Premier, Brad Wall, polling extremely well.

The Saskatchewan Federation of Labour (SFL) knew it was very unlikely they would be able to organize their union members to defeat a leader with that kind of popularity — but they wanted to change the conversation and inspire their members to work beyond the election to hold the Saskatchewan Party to a different set of standards.

Sometimes, unions run campaigns on what they feel is the biggest threat to their livelihood but do little thoughtful engagement with their members to determine what affects their day-to-day life. Open to a data-led approach, the SFL decided to branch out from just one message — stopping the privatization of crown corporations — in order to increase the reach and impact of their message of change.

Together our pollster and message development team built a brand and metaphor that would be the drivers behind an anti-Brad Wall campaign. This was done with two polls. The first honed in on what mattered to Saskatchewanians most, issues not necessarily talked about by the parties nor lobbied for by activists. The second round of polling went further into campaign concept development.

Our creative process for campaign concept development brought together the visual creative team and writing team to create eight original ideas that were designed to nudge voters in different ways on a variety of issues that had polled well in the first round.

Some of the variances that developed played with emotions of sadness or sympathy for those struggling to make ends meet; the arrogance of party leadership; and the danger associated with the privatization of schools and hydro.

Humour also played into some of the concepts in order to determine if metaphors with a serious or a lighthearted tone were more powerful.

Not did the messaging matter to us, the visuals were seen as key to creating a dynamic campaign. Visuals evoke stronger reactions, create clear emotional connections and have a long-lasting impact.

Using imagery together with the above concepts, we built a poll that allowed us to gauge which concept would get traction with our target audience. Did Saskatchewanians respond better to images of high energy bills, broken down schools or high-class executives making decisions on their behalf?

We wanted to know what incites anger, action and votes.

Consistency from Ground to Air

Throughout the process of campaign concept development, we understood that consistency and repetition are key to message penetration and retention. Our creative team was part of this process, building concepts into the polls that allowed us to create the best possible message to deliver during the election.

The visual was the most important part of this campaign as they were amplified throughout the materials delivered by hand, in television commercials, and on social media.

TV ads were central to this campaign and ran for the entirety of the election cycle. A door knob hanger featured in the video became the door-to-door campaign material. It drove the concept of the website and social content. It inspired a second, longer online-only campaign video that examined how the people of Saskatchewan were being ignored by the Sask Party.

Losing an Election, Building an Organization

As expected, Brad Wall won the election handily but the SFL came out of the loss stronger than ever. The campaign resonated, and their online membership and social media interactions grew exponentially.

We knew the message resonated because the longer online video was a total success in number of views. We had hit the nail on the head and voters wanted to know more about the real Brad Wall. The brand and metaphor of the campaign had worked.

Rather than focus on the impossible task of defeating Brad Wall, the SFL focused on building power for the future. Through a data-led approach, they took direction from the public and were flexible in developing their message with an eye to being as effective as possible in their campaign 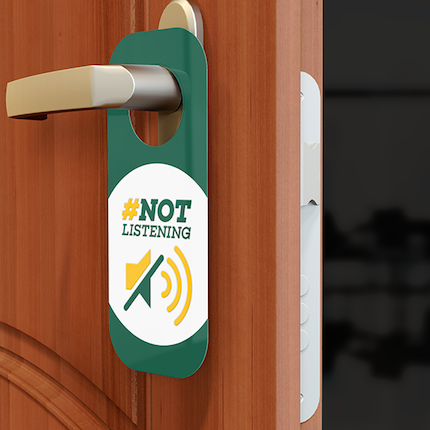