Early in my career, I became employed at a Canadian national non-profit and the experience had an impact on me that would shape my path up until today. The non-profit was set up in the 70s, and was a bastion of Liberal party ideas, but had come on hard times through the budget cutting of the 1990s. Luckily, it was unionized and I had the privilege of being elected to the executive.

The executive was faced with a problem. Management was demanding concessions and the executive members, many of whom were employees from almost the beginning of the organisation, were burnt out. The executive felt limited by a membership base that was spread out over six offices, overworked, and divided by language (the head office was in Montreal).

Through my experience with the anti-globalization and student movements, I came to the table with lots of youthful vigour but also some new-found tactics for bringing people together across the country. Novel at the time, the technologies we used were email, websites and conference calls. There was also the new tactic of decentralising control so folks in each regional office felt like they had a say in the greater picture. The executive was inspired by my enthusiasm to make a change and took a chance on the innovative new tactics I had brought to the table.

It took a strike vote of 97% (actually two, we did another one 2 months later just to show the boss we were serious), enthusiastic picketing and relationship-building with the members of the board of directors, but in the end, we won. We gained a 5% salary increase and saw the president of the board of directors, who had bargained against us so hard, get replaced by someone with a less antagonistic mandate.

That experience left its mark on me. I discovered that it wasn’t just the victories that I enjoyed. I loved to see people regain or even discover for the first time, their sense of strength. To see the glimmer that people have in their eye when they figure out that they have more power than they thought they did.

I saw the potential that new technology, both in terms of hardware and organising tactics would have in changing how the labour movement is organised.

In 2012, I founded Campaign Gears to bring the potential I had seen succeed at that non-profit, and at unions in the intervening 10 years, to other progressive unions and organisations. This job has given me the freedom to help different organisations undergo transformations in how they campaign. Campaign Gears works with nonprofits and unions all over Canada helping them build bigger and better campaigns. I’ve seen these organisations grow and blossom in their capacity to get the job done.

Campaign Gears has evolved over the last four years as well. We’ve built an excellent staff team with a wide variety of expertise and experience. Our expertise in new technologies such as NationBuilder, New Mode, and custom applications has greatly developed. We have gathered a wealth of knowledge from the experiences of running a wide variety of campaigns all over Canada that faced many unique challenges and circumstances.

I hope our new brand and our new website demonstrate that we are ready to bring your campaign to the next level!

We will help build you a better campaign and help your organisation become more effective in campaigning over-all. We will help you win!

Please get in touch if you’d like to improve your organisation’s campaigning capacity. 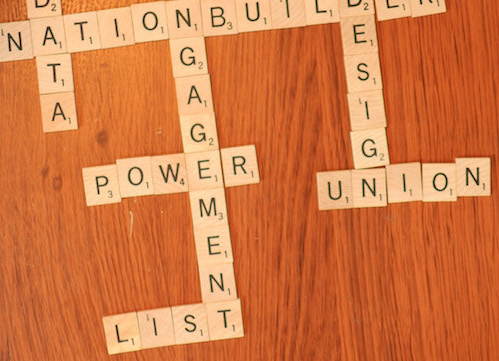